What do we find along the stages? 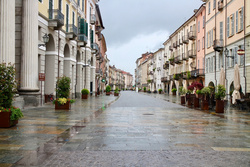 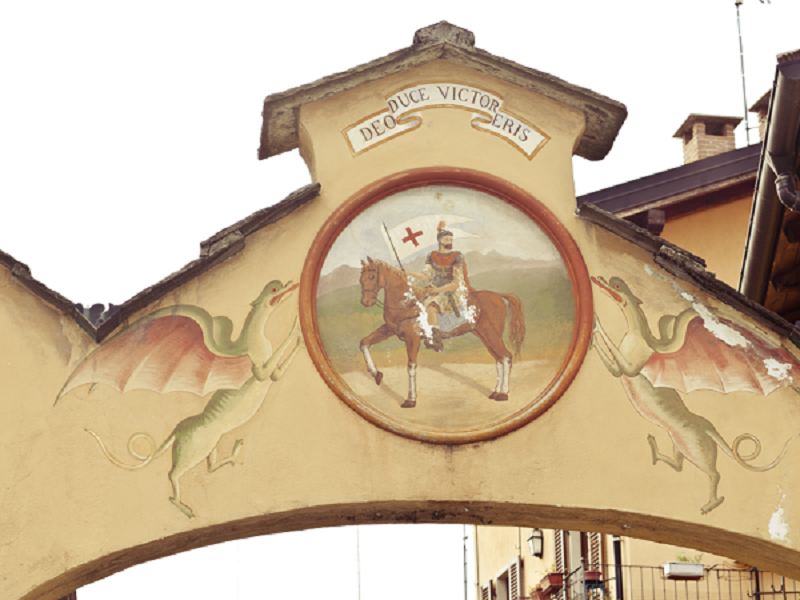 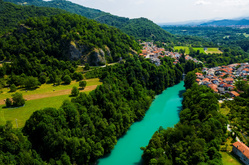 The first stage starts from Cuneo railway station or from Piazza Torino, passes in front of the ATL del Cuneese office, where it is possible to buy the credential, and continues into the old town centre through Piazza Galimberti. Then, it descends towards the Gesso and Stura River Park, following its paths along the Gesso stream as far as Borgo S. Dalmazzo. We enter the historical part through the arch of San Rocco to shortly reach the Abbey of San Dalmazzo. From here it goes towards the church of Sant'Anna, located near the Deportation Memorial, and then back towards the centre. Crossing several streets set between the walls of the houses, we leave in the direction of the Stura Valley, taking the ancient Via Perosa through meadows at the bottom of the valley and mixed woods, as far as Roccasparvera. The last stretch is an easy walk along a secondary tarmac road to the hamlet of Castelletto or Gaiola (depending on where you choose to stay overnight).

Variant 1: in the old town centre, after passing the Church of Sant'Anna, you can take the climb towards the Sanctuary of Monserrato, then descend towards the mountain and rejoin the normal route on leaving the town.  GPS track

Variant 2: after passing the village of Roccasparvera and the Bolleris gate, with short diversions you can reach the ruins of the Castle, located on a very panoramic hillock among chestnut woods.  GPS track 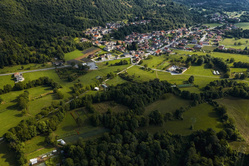 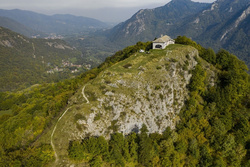 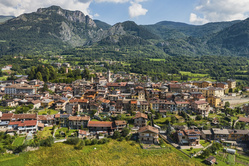 The second stage begins on the old medieval route, passing in front of the chapel of San Bernardo and crossing the village of Gaiola towards Valloriate. Barely touching the side valley, the route continues along small roads and paths to Moiola, where an easy climb begins along the ancient Via d'la Madona to the Chapel of the Incoronata (or Assunta), a wonderful panoramic spot overlooking the lower and middle valley. Still on the path, a slow and gradual descent begins to the hamlet of San Lorenzo, from where you continue on the tarmac road. Pass by the Porta di Valle (Valley Gate) and continue through the meadows beside the San Marco lakes. There is still a short climb to the hamlet of Cornaletto, to close the descent towards Demonte, crossing the Rio Cant on the old bridge. 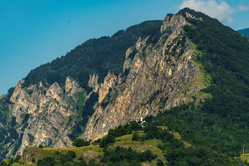 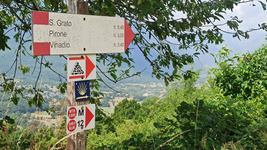 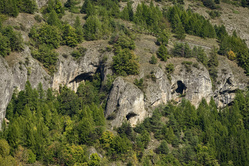 The third stage runs almost entirely on the sunny side of the valley, offering continuous spectacular views. From Demonte the trail climbs towards the Chapel of the Madonna del Pino (reached by a short diversions). Continue along a path halfway up the hillside that slowly loses height as far as the hamlet of San Grato, from where a dirt road continues as far as the main road, which must be crossed by means of a subway. Across the wide meadows you reach Aisone, entering the historic streets as far as the main square. Crossing the village you take the first part of the Grotte path, which you ignore in the second part to climb up to the hamlet of Pirone. Here begins a spectacular traverse on walls that are vertical in places but always safe, until you reach the hamlet of Castellar delle Vigne, already in the territory of Vinadio. Gradually descend on tarmac to Vinadio, where the stage ends.

Variant 3: At the beginning of the climb towards Pirone, instead of continuing on the asphalt road, you can continue on the "Sentiero delle Grotte" (Cave Trail) to see the sites of the famous Neolithic finds, now part of the Cuneo Civic Museum. After the caves, continue into the valley and, having reached the thatched houses, climb up along the steep path behind the houses to rejoin the normal itinerary near the village of Pirone. GPS track

Variant 4: Shortly before arriving in Vinadio, after the tarmac descent from Castellar delle Vigne, take the dirt road on the right, following the signs to "Forte Neghino". Follow the road without any possibility of error as far as the Fort. Once up there, a small diversions to the panoramic hillock a few metres away is highly recommended to enjoy a unique view of Vinadio, the valley and the great peaks that surround you. Returning to the fort, continue along the level path that cuts across the slope at mid-slope. Pass an abandoned hamlet and, after crossing a small bridge, continue downhill until you find the tarmac road that again leads downhill into Vinadio. GPS track 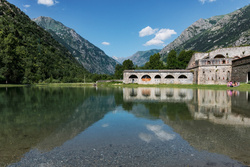 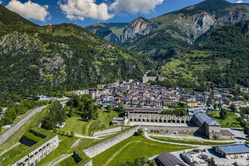 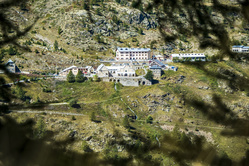 The fourth and final stage of the Cammino di Sant'Anna represents the real climb towards the Sanctuary. It starts from Vinadio, walks towards the lake of the Forte and, crossing the Stura di Demonte river, reaches the hamlet of Pratolungo. A little further on, the ascent to the Sanctuary begins. It faithfully follows the historic route taken by pilgrims from the Cuneo area who usually set off in the evening to arrive up in the morning. This path climbs up the valley on the opposite side of the asphalt road, allowing you to walk in a wild, completely natural environment, far from motorised vehicles.  You gain height in a constant manner until you reach the large glacial plateau, from which you begin to see your goal; after crossing it, you begin the final ascent to your destination.

The route is completely marked from the start of the Cuneo railway station (and alternatively also from Piazza Torino - the bus stop) to the finish line, with red and white signs bearing the logo of the Path. You will find stickers on metal supports, signs and plaques on hiking poles.  Only on the final climb do the colours change to blue and yellow because the route coincides with the existing traditional path. 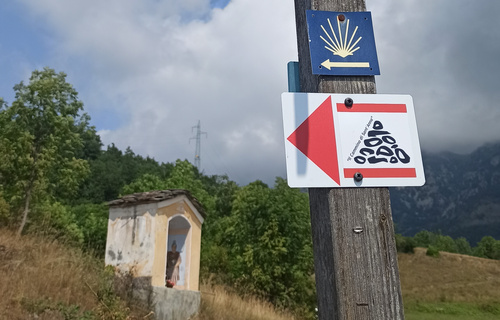 With your smartphone or a GPS, you can always have the route with you by downloading tracks from our website.